You are at:Home»News»Ajay Devgn joins the sets of RRR

SS Rajamouli’s next magnum opus RRR is currently under shoot. NTR and Ram Charan are the lead actors in this high voltage periodic action drama. The duo plays the roles of Komaram Bheem and Alluri Seetharama Raju respectively in the film. The latest schedule of RRR started in Hyderabad today and Bollywood Superstar Ajay Devgn joined the film’s sets today. The makers made it official and Rajamouli welcomed Ajay Devgn with a warm smile. The makers also released the pictures. 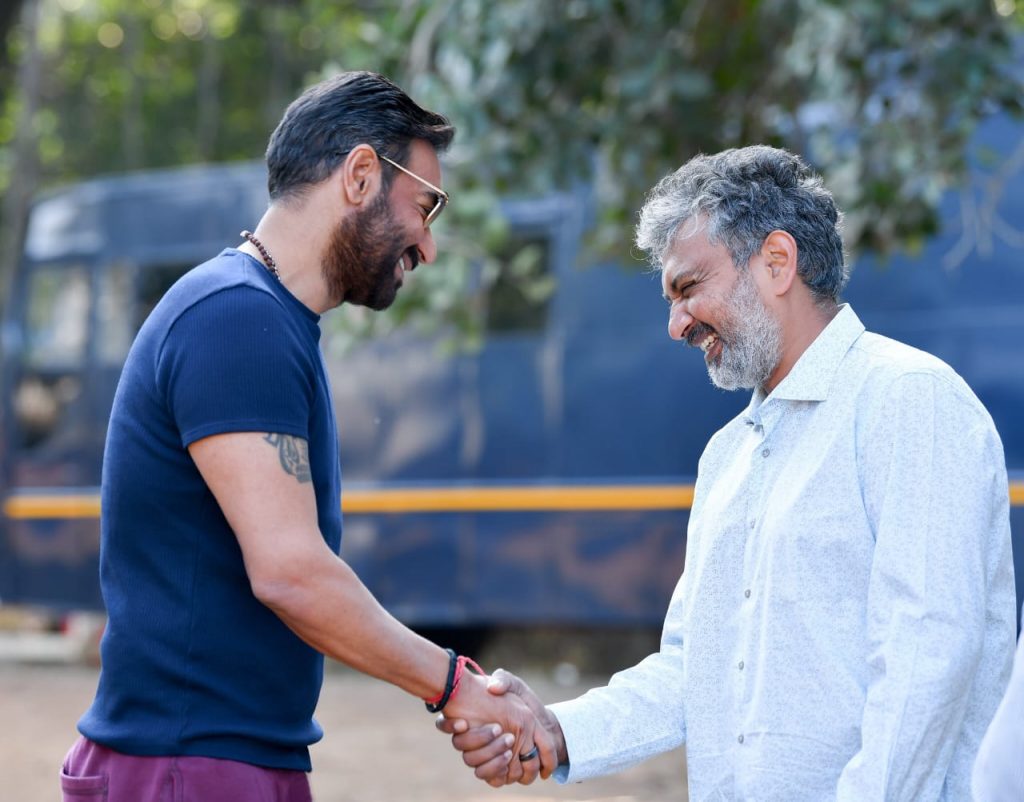 Ajay Devgn will shoot for the film without breaks and will complete his part in a single schedule. Alia Bhatt and Olivia Morris are the leading ladies and Samuthirakani will be seen essaying a crucial role in this action entertainer. MM Keeravani is the music composer and KK Senthil Kumar is the cinematographer. DVV Danayya is the producer and RRR is made on a budget of Rs 400 crores. The film releases during October this year. 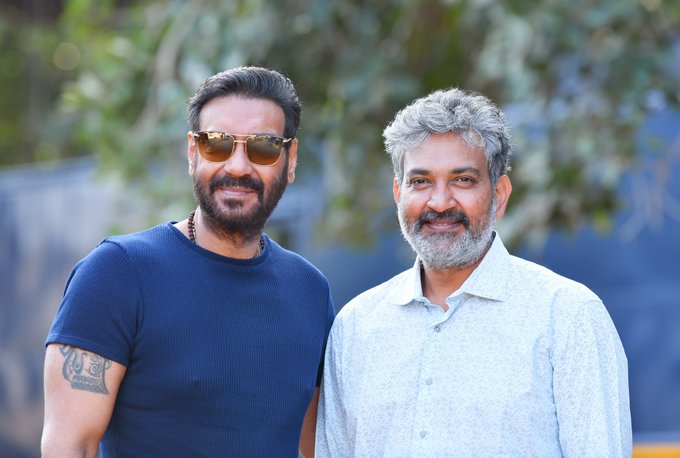