You are at:Home»Movies»First Look of Samantha’s U Turn

Samantha is currently busy in the shooting of her latest crime thriller ‘U Turn’. Film makers have revealed the movie’s first look today and it looks quite interesting and thrilling. The first look has created enough buzz among the media circles.
This Tamil, telugu bilingual has been directed by Pawan Kumar. Currently ‘U Turn’ in undergoing its post production works. Star Hero Aadhi Pinishetty will be playing a cop in this crime thriller while actress bhumika and Rahul ravindran will be seen in other pivotal roles. Poorna Chandra scored music for this film. U Turn is slated for a world wide grand release on September 13th. 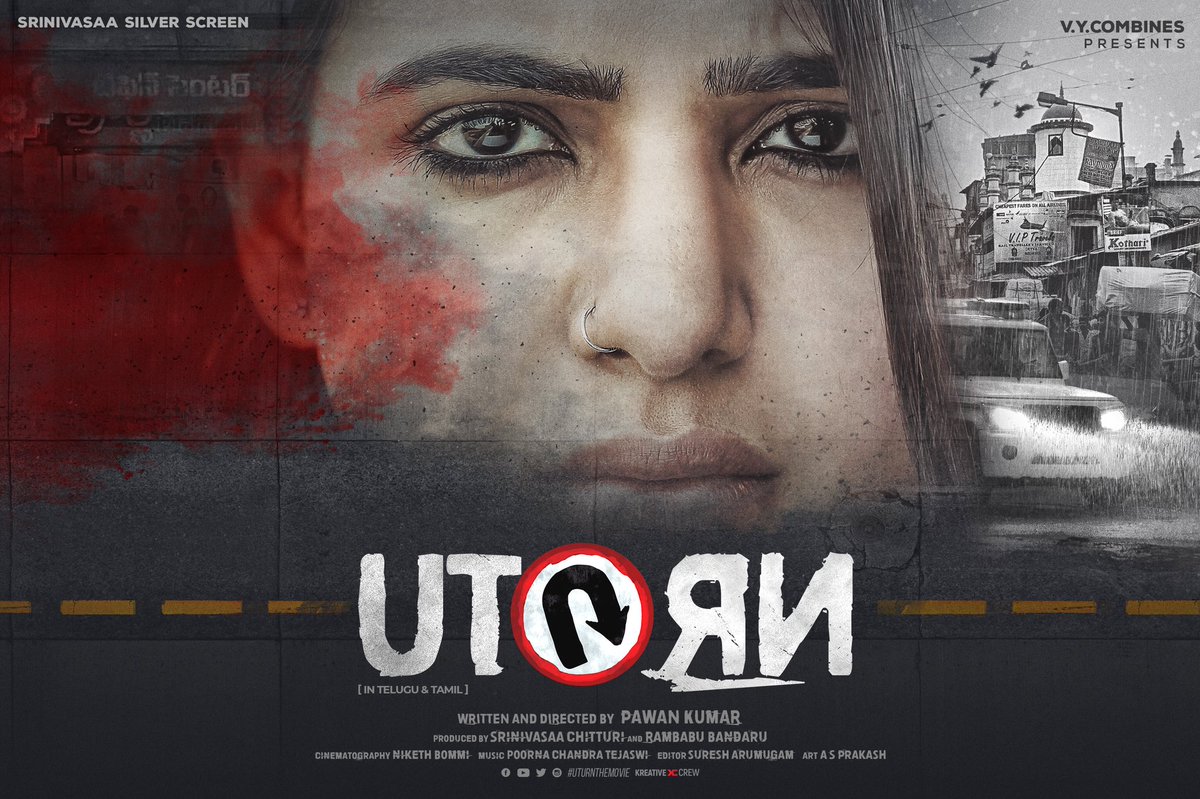