Young actor Vijay deverakonda and Rashmika Mandanna’s romantic love entertainer ‘geeta Govindam’ is all set to hit the world wide box office on August 15th. Meanwhile the makers have announced the film’s teaser date, they will be unveiling geeta govindam’s teaser on 22nd of july at morning 11:05 AM.This movie has grabbed huge craze and expectations among the movie lovers after the song “ Inkem Kaavale” has been released and became a sensational hit. The star took to social media and announced the teaser date. This love story is being directed by Parasuram while Baunny Vaas produced this film under the banner GA2 Arts. 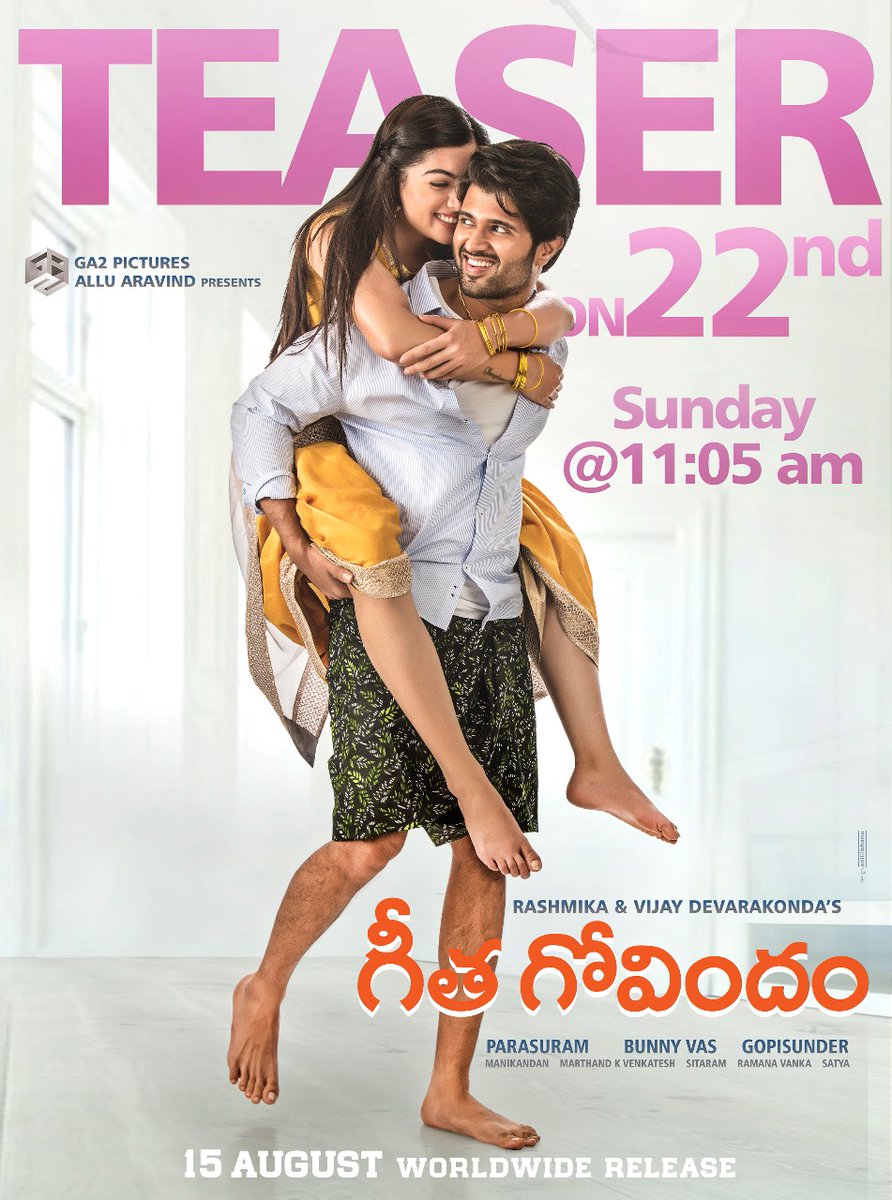