Akkineni Nagarjuna today took his official twitter account and posted the on location pictures of his upcoming Bollywood flick ‘Bhramastra’. Ranbir Kapoor and alia bhatt were also present in these clicks. Bhramastra will be nagarjuna’s comeback movie in Bollywood after several years. Nagarjuna’s spouse Amala was also found in the sets, currently the movie’s shooting schedule is taking part in Bulgaria. Director Ayan Mukherjee is directing this prestigious venture. Karan Johar will bankroll this movie. Bhramastra is scheduled to release in September 2019. Bollywood Big B Amitabh Bachan will also be a part of this most awaited film. 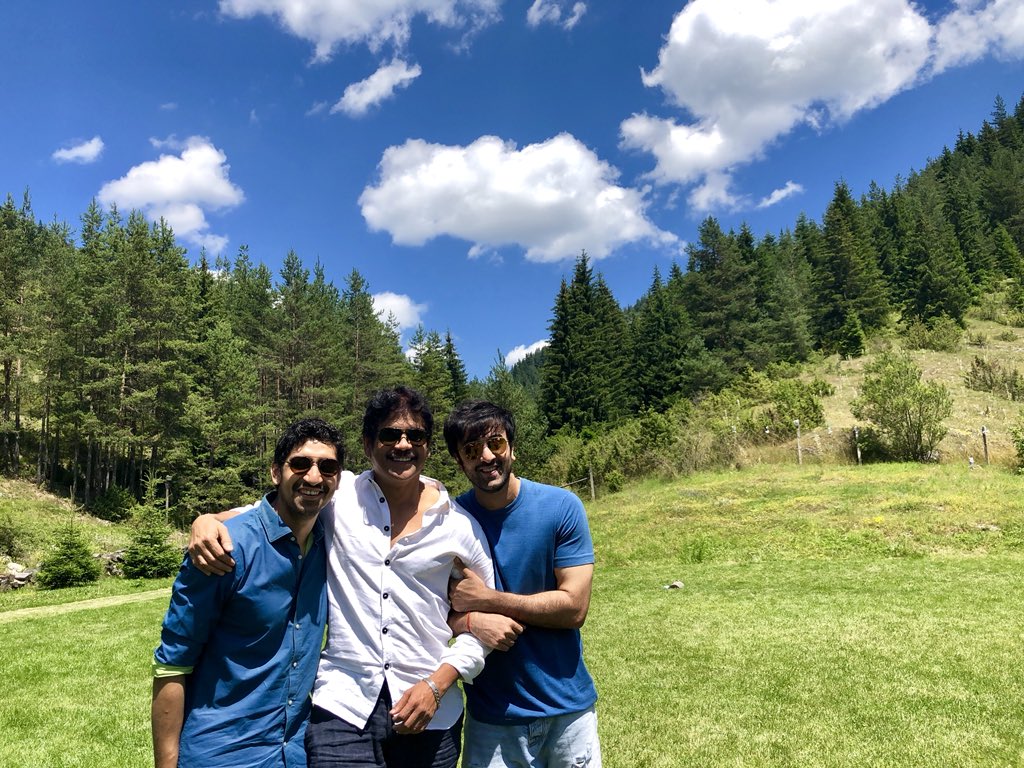